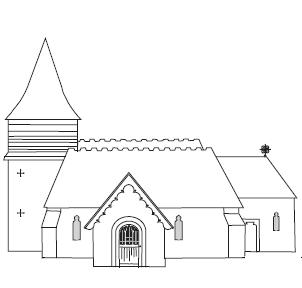 What we believe <Pic>Musicpeople church
Our basic belief is summarised by what is called "The Apostles Creed": below it is a summary in more modern language. The Apostles Creed wasn't actually written by the apostles, those who were Jesus' companions, but it is very old - maybe second century - and has been used by the church ever since
I believe in God, the Father almighty, creator of heaven and earth.
I believe in Jesus Christ, his only Son, our Lord, who was conceived by the Holy Spirit, born of the Virgin Mary,He suffered under Pontius Pilate, was crucified, died, and was buried. On the third day he rose again; he ascended into heaven, he is seated at the right hand of the Father,and he will come to judge the living and the dead.
I believe in the Holy Spirit, the holy catholic Church, the communion of saints, the forgiveness of sins,the resurrection of the body, and the life everlasting.
Amen
There is a more complete set of ideas under the link *who we are * and there you will also find other *historic creeds*
Here is an attempt to summarise what Christians believe in nontechnical language the ‘Apostles Creed’ (above) is used as a rough framework

God created everything that exists. He made men and women to love and to serve him and to love and to serve each other and to look after the creation. Each human is created to be eternal. We all fail the world, we all fail each other and most of all we fail to meet God’s standards and he is rightly offended by our deliberate rejection of him and his desires for our wellbeing. These failures are what sin is.
Because we can do nothing to make amends for our own failures God prepared a solution. The penalties due to us because of our failures were to be taken by someone else. The failure of a human requires a human to pay the penalty. The number of failures of each one of us and the number of humans effectively requires an infinity of payments. God sent his own son to become a man and pay the penalty. Because his son is also God then the one payment is sufficient for all the failures of all humanity through all of time.
Jesus came into the world, into our history, as a baby, born to Mary and grew up as we all do except that he never did displease God. He was crucified by the Roman Governor of Judea and died a painful death. He rose again from the dead and went back to heaven to be with his Father.
He will come again to this earth at the end of time as the supreme judge of all.
Jesus’ death has paid the penalty that our failures deserve and as weconfess our failures and rely on that fact then we may try to serve and to love God and to serve and love each other and look after the world just as we were originally created. This is still impossible without help so God has provided help for us in our day-to-day lives. The main helper is the Holy Spirit.
This help also consists of other people who have also accepted Jesus’ death for themselves â€“ the household of faith; for God has called us into the church to work together as part of the family of God. The final result of Jesus’ death for us is that the fact of death is overturned. God has promised that we will also be resurrected and will live eternally as we were originally created to be.
There is a more complete set of ideas via the link *who we are*